Posted by Gemma Bullivant on 12 November 2019 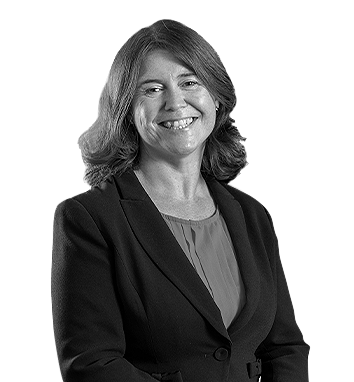 This week The Living Wage Foundation announced that the 2020 UK Living Wage and the London Living Wage are set to be £9.30 and £10.75 respectively. It’s important to point out that this is different to the Government legislated National Living and National Minimum Wages.

The naming conventions are certainly confusing; here’s a quick reminder.

When the NLW was introduced, the Government indicated its intention to increase it to over £9 p/h by April 2020. Early indications suggest it will fall short of this - a recent consultation document to the Low Pay Commission suggests the NLW rate will be likely to be set at or around £8.67 p/h in April 2020, which would be a 5.6% increase from the 2019 rate of £8.21 p/h.

What have been the implications?

The increases pledged by the government have been ambitious and caused many pay budgeting headaches across businesses with a large proportion of low pay employees.

The first obvious challenge has been simply finding the money to pay the additional rates.  While there is certainly an advantage to knowing that rates will increase ahead of inflation for consecutive years (the government made a very clear commitment to enforce these increases over time) it has still been a real financial planning headache for businesses to find this additional budget needed.

As the wage rates at the lower end have risen well ahead of inflation across several consecutive years, many of the rates for these roles are now extremely close to the existing rates for the supervisory roles that oversee these employees.  With their pay budgets already over-stretched, businesses are finding it challenging to correct this gap in the short-term.  Many are seeing a downturn in employees willing to take on the more challenging supervisory roles for relatively little extra pay.

How can you address these challenges?

When was the last time you scrutinised the roles needed to deliver the business results?  When businesses evolve over time, roles can often become quite blurred, and overlaps can emerge.  Tasks are assigned on a ‘moment in time’ basis – meeting an immediate need without necessarily reviewing the longer-term effects on the OD.
Businesses faced with the NLW pay challenge are having to undertake a more in-depth OD review of roles, to determine where efficiencies can be made – whether in hours, tasks performed, role definitions, or team make-up.

If it has been a while since you last looked at your pay framework at the lower-pay area of the workforce, you might be pleasantly surprised.  With some clients we have been helping, we’ve uncovered a raft of ‘extras’ that have been introduced over time to help soften the impact of low pay, or pay fairly for the arbitrary tasks assigned to individuals as described above. Allowances for this, additional rates for that. They all tot up.

Do you know the total paybill when all these extras are added up?  It could be that this total can be used differently, and redistributed in a smarter, skills-based pay framework that rewards specific tasks and in doing so better encourages career progression.

We have been helping organisations evolve streamlined, smart skills-based pay frameworks for many years – and it’s never been a better time for this approach.

A less palatable option, but one some employers are undertaking – reviewing the employment offer and a deep reset of the contractual entitlements. Where additional extras have emerged over time, or existed in a legacy organisation that can no longer be sustained, they can quickly become contractual, making it even harder to effect change.

Asda are hitting the headlines currently with a radical overhaul of their contractual offer (and they are not the only ones). It seems they are reviewing every aspect of the employment deal - paid breaks, night shifts, shift patterns, bank holiday pay rates and a range of other ‘extras’ in the pay deal, in exchange for a higher than NLW offer.

We know that when pay is not a motivator for employees to progress through the hierarchy, the focus on career progression support for low-pay workers intensifies. Businesses are having to address the talent gap emerging at the junior management level through a range of HR, reward and development initiatives designed to retain and develop talent in the organisation.

Innecto frequently supports clients with large low pay employee populations to get their reward working smarter. If you’d like to discuss the situation at your organisation, email me at gemma.bullivant@innecto.com or call 020 3457 0894.