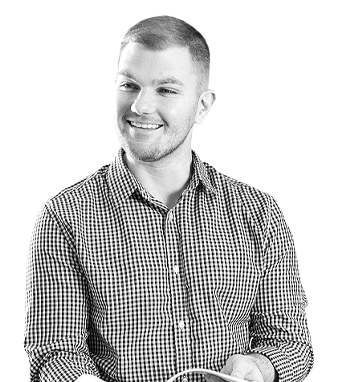 Pay equality: why now is the time to get your house in order

The COVID-19 pandemic has changed the working world in more profound ways than any of us cared to imagine. Whilst we’re all now entirely used to working at the kitchen table with children, delivery drivers, neighbours gardening, and drops in internet connection trying their level best to interrupt our working day, in the world of pay and reward there are a number of things we’re still grappling with.

With unpredictable times, come foggy horizons. Attempting to forecast for even short to midterm revenue, production levels, and headcount requirements has felt nigh on impossible for most as we have all adapted to our current existence. In reward, when the bigger picture becomes unstable, the key markers and metrics we’re used to incorporating in the reward cycle are just as unclear, CPI, market data, locational allowances, are all part of an uncertain mix, so many organisations can understandably be nervous to make any commitment in awarding pay to employees until we see a clearer pathway.

The long-term picture will only become known with the passage of time, however, whilst business may be a little slower and some of our typical processes postponed, the world will keep turning and a return to a feudalist barter system seems a little unlikely, which is why now is a great time to prepare for the future. This can involve things like assessing what roles in your organisation actually do, installing that grading structure you never quite got round to and building all the knowledge you can about your workforce, so when the upturn does arrive, be it due to a firm adoption of the ‘new normal’ or some clever souls in Oxford enabling us to return to a life as we knew it, we’re ready and well equipped.

Our actions during this period could prove to be immensely beneficial, the relative downtime afforded to the world by the pandemic has enabled many to focus on better building relationships each other, being more kind, and a long overdue reflection about equality in society, provoked by truly upsetting events in the United States.

Much of the work we do, helps employers to improve their understanding of, and positively influence levels of, equality within their organisations, and despite the government’s decision to suspend enforcement of the gender pay gap deadlines for this reporting year, the stream of Gender, Equality and CEO Pay Ratio reporting enquiries we are seeing as a consultancy is very encouraging from a corporate responsibility standpoint. Corporate actions during this period of time, form a very clear window into the nature of some of the brands we invite into our home on a daily basis and will greatly affect their reputations as employers.

Usage of the Government Furlough scheme was a particularly interesting example highlighted in the media, and some organisations have come through the period in a good light, both earning goodwill from the public, and as positioning themselves as both a culturally mindful and conscientious employer. Firstly Ikea were widely reported to signal their intent to repay the furlough grants they had originally accepted (although not in the UK, where they had never utilised the scheme), whilst recently Primark and John Lewis are reported to have rejected grants of £30m and £14m respectively, of taxpayers money, for returning employees to work post-furlough, the Treasury lauding the actions of the latter calling the retailer a ‘credit to our country’.

On the flip side of the coin, there were a number of very wealthy organisations that were critiqued for their usage of the temporary scheme designed to save businesses from collapse and their employees from unemployment. Some stuck by their decisions to take a helping hand that they were entitled to, irrespective of the negligible impact it would have on their turnover, others made U-turns, perhaps quickly realising the reputational damage it had done to them as a brand.

As demonstrated in the previous few weeks, social media has immense power to affect change. Issues of global morality will inevitably, and rightly, trickle into Corporate Governance law, so it feels like there has never been a more important time for transparent and thoughtful leadership within our businesses, even if from a cynical viewpoint, it is for no other reason than to maintain a healthy public image as a brand. Societally responsible usage of government schemes, the ability to demonstrate an understanding of levels of internal equality, the provision of access to equal opportunities in the workplace and the actions being undertaken to make improvements, are going to be key for employers if they wish to maintain an virtuous public persona, especially to the generation about to enter the work place, who in between the memes, have grown up with unprecedented exposure to moral and political issues through mediums like Instagram and Twitter.

I recently saw a re-tweeted article originating from The High Pay Centre, which reported on a perfect storm of corporate morality and usage of government grants. The article focused on the relationship between the usage of Furlough schemes and an organisations CEO Pay Ratio. They reported that 11 FTSE 100 companies using the schemes paid their chief executives an average of 80 times more than their median employee and 109 times more than their lowest-paid staff.

The report found that a 3 per cent reduction to the pay of employees in the upper quartile could fund a median pay rise of £2,000 for the lowest earning quartile of employees to address the imbalance in pay, a representative of The High Pay Centre, Luke Hildyard cited that ‘The new disclosures make it harder for big companies to argue that pay rises for their lowest-paid workers are unaffordable’.

If you’re like me, you take no stat at face value, and whether you find the data reported meaningful is a matter for personal interpretation, however at a glance, on a skim through your Twitter feed, it makes a certain impact. With all publicly-listed UK companies with more than 250 employees required to disclose chief executive pay ratios in their annual reports, and given the current threat of post-furlough scheme unemployment, it’s increasingly likely that with the sight of articles like this, the public and a prospective employee could potentially question a business’s values, ethics and actions before they become complicit by either purchasing from or working for them.

At the very least, being proactive in unearthing and understanding potential inequality in the workplace to formulate a plan to tackle it or provide the context it requires, should be very high on the agenda for any company. Successful companies understand, value and benefit from a diverse workforce and socially responsible conduct, whilst ignoring the data at your fingertips might well land you the subject of a clickbait article from the ever more socially minded mass influencers on the feeds on our smartphones, that at a glance, does a host of damage that can’t be undone.

Whilst there are many of us taking a breather from the hour-long commute, and reflecting on our world view, take the time now to get your house in order as a great employer. Whether we are with or without facemasks, in the long run it will pay dividends.

If you would like support with your exec pay ratio reporting or addressing equal pay concerns, we can help. Please contact us by either calling +44 (0)20 3457 0894 or email me at ben.rowley@innecto.com