Posted by Cathryn Edmondson on 18 March 2021 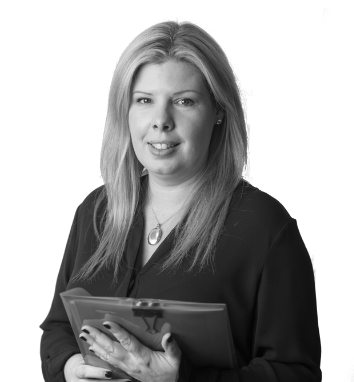 Pay Inequality: what could go wrong?

It’s safe to say this is not the view I’m used to hearing, and at the time I thought this to be a surprising stance given some of the headline grabbing cases in recent years. I’m not sure the BBC or Glasgow City Council would take the same view! But it prompted me to think, outside of these high-profile cases, how prevalent are equal pay claims? According to a recent report by DLA Piper, there are c.29,000 equal pay claims a year in England and Wales, and while many claims are settled out of court, there is a very real cost to equal pay claims and not just in the form of the financial pay out.

There is no limit to the amount that can be awarded by an employment tribunal. The purpose of compensation is primarily to compensate the employee for loss of earnings resulting from the discrimination, but this can also extend to compensation for losses that extend beyond financial losses. Employment tribunals can award compensation for injury to feelings, which can be greater than the award for financial losses. In the case of Freshfield Care who were ordered to pay £1,754 for salary losses but a further £6,760 for injury to feelings due to disability discrimination. A tribunal can also award for personal injury, which can be physical or mental such as depression, and they can also award for aggravated damages. Salary losses can be backdated six years in England and Wales and five years in Scotland but in exceptional circumstances tribunals can extend this. For Glasgow City Council the salary losses were backdated 12 years which contributed to the equal pay claim running to a staggering £500m.

But consider that in many cases the amount awarded by the tribunal may actually be the smaller of the costs of dealing with an equal pay claim. It was reported earlier this year that the BBC has spent more than £1m on legal fees alone fighting equal-pay and race-discrimination cases brought by staff, and this doesn’t include the cost of using in-house lawyers to deal with staff allegations which took up more than 2,400 hours. Thankfully I’ve been involved in very few tribunals so far in my career but as anyone who has been involved will know, it steals your time like very few other things do. The lever arched files full of notes to read and the time spent prepping quickly rack up costs in terms of time. Not to mention the impact of the distraction on overall productivity. There is also the reputational damage to an organisation which can be difficult to quantify but when attracting and retaining talent is already a challenge, a reputation tarnished by discrimination claims is an unwelcome addition. It can also be the case that businesses have to make significant changes to free up capital to pay claims; in the case of Glasgow City Council, they reportedly had to sell off major assets to fund the payments awarded to employees.

Despite some headline grabbing cases, it is unlikely that most organisations deliberately set out to discriminate in terms of pay but given the c.29,000 claims a year it’s clearly not uncommon. So, what causes the discrimination? According to the DLA Piper report, one of the most common reasons is that employers struggle to really justify the differential in pay. This can often be because what was once a justification becomes less valid over time. A difference in experience or skill level may justify a difference in pay initially, but over time as that experience and skill gap lessens, the justification becomes less valid. Couple this with a blanket pay increase applied year on year, which on the face of it appears not to discriminate, and that gap in pay actually grows as the skill and experience gap decreases. Unless data is easily accessible and reviewed regularly it is easy for differences in pay to be missed or to get worse. The application of discretionary awards can also exacerbate pay inequity, particularly around bonus payments which can be less heavily scrutinised than base pay reviews. While there is a benefit to allowing a level of discretion in bonus payments, organisations need to be mindful of being able to articulate and justify the reasoning for the discretion.

There are many options open to employers to avoid the costly impact of equal pay claims. Conducting an Equal Pay Audit, something we are seeing more and more clients undertake, can help get to the root of any pay inequity. A robust analytical job evaluation scheme, like Innecto’s Evaluate framework, provides a fair and defensible basis on which to size your roles and align pay to ensure consistency and equity going forward. Utilising technology and data to ensure pay equity remains front of mind when making pay decisions is also key. Gender and ethnicity overlays are key features across all Innecto Digital platforms, ensuring that job evaluation, pay benchmarking data and pay review modelling are all viewed in the context of responsible reward driving decisions that support pay equity.

Our Equal Pay service is robust and specific to your organisation’s needs. Our three phased approach has been designed to help all organisations uncover and rectify any equal pay issues they may have. If you’d like to know more, please contact us: email me, cathryn.edmondson@innecto.com, or call the consultancy team directly on +44 (0)20 3457 0894.