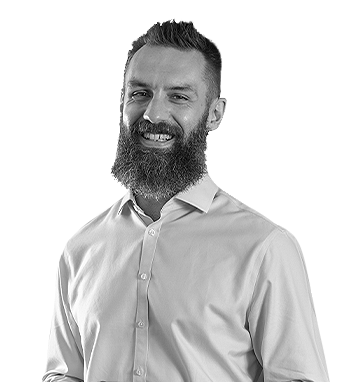 Data is king: social mobility proposals and class pay gap reporting could be on the horizon. Are you ready?

It’s been featured right across the news recently that the TUC is calling for class discrimination to be made illegal and for the government to put social and economic background on the same level as other current protected characteristics. A new report from the body (Building working class power) is calling for specific legislation to tackle this kind of discrimination in the workplace and this would make it compulsory for employers to report class pay gaps. But what does and could this really mean for employers in the real world?

The first thing to consider is that class can often be difficult to define. What exactly are the defining characteristics of each ‘class’ and how are the bands created? According to recent reports, the most common way for this to be defined is by reference to educational background or by parental educational background. The government have released a set of guidelines ) intended to help employers measure the socio-economic class of their staff and at the moment many employers already collect this data on a voluntary basis from their staff. So far so good, right? But experts have warned that the level of data collection involved could cause a serious issue for employers across the country.

Legal professionals particularly have expressed worries about the lack of concrete definition of different social classes, despite the government guidelines, but also about the ability for employers to be able to even quantify what can be very personal pieces of information about their employees’ lives – and the fact that employees at present are under no obligation to divulge such information to anyone.

A call for legislation to tackle class inequality in the workplace therefore must be approached cautiously exactly because of the legal and logistical issues involved – as well as the personal issues surrounding this. Sensitivity is a must. Without mining the correct data, it will be impossible to judge whether working class people have been discriminated against or to understand if and where there are any gaps relating to class in particular.

The suggested call around pay gaps for different classes is also somewhat problematic for employers. The TUC have claimed that action is urgently needed – and that it should be being tackled as a priority – as ‘working class’ employees in all professions faced a pay gap compared to their higher-class colleagues. Its analysis said graduates who have parents working in managerial jobs during their teen years were more than twice as likely as their working class peers to begin work on a high salary, regardless of the degree they attained.

But the fact that, similarly to most other diversity information, there would be no strict obligation on employees to disclose this information could cause problems when it comes to reporting. It is not however impossible. As with gender pay reporting, we know that the concept of data collection around protected characteristics has been adopted relatively quickly by businesses and education about the importance of this data has led to impactful results for employers and employees alike.

It is true that transparency has a particular power in the workplace and the importance of data collection and fair policies to ensure that equality in the workplace takes precedence cannot ever be undermined. A lot has been done, particularly in the last decade alone, and we are already seeing the benefits of this work.

Whether it be BAME, gender, or even class, employers should be ready to explore if certain groups are being afforded more opportunities than others within their organisations and take steps to identify why this could be.

The main issue that this latest campaign has highlighted to the HR realm is that for employers in our modern world, capturing data about their people effectively (but sensitively) and being prepared for change is critical. Never has the phrase ‘planning is everything’ been more apt.

For expert advice on gender pay reporting, BAME reporting, equal pay and more, contact one of our team of dedicated consultants on 020 3457 0894.