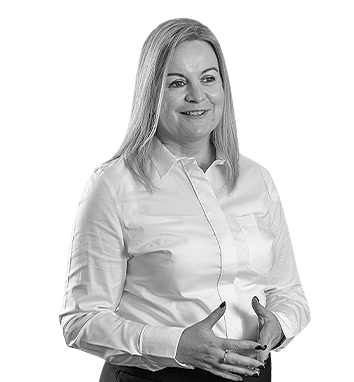 Working from anywhere: will it come at a cost?

As companies look to the post pandemic future, many are planning a hybrid model that combines remote work with working in the office. Others have already gone the whole hog and signed up to a remote working-forever policy, cutting any long-term office leases at the earliest opportunity. At Innecto we have found ourselves in many discussions with our clients as to what we see as the new world order when it comes to the impact all this might have on reward and pay policies and the answer is…. we just don’t know yet!

It is still too early to see how any permanent office closures might change the UK landscape of employee reward and indeed if it will effect some sectors or areas more than others. What we do know is that most companies did not offer remote working options pre-pandemic with few having remote working pay policies in place. We are also starting to see some evidence of a shift in policy amongst the larger multi-nationals particularly in the US with many announcing pay cuts for remote workers who move to different parts of the country. Stripe Inc. is offering $20,000 in relocation assistance while also reducing salaries by as much as 10% and Slack has also announced a new set of salary bands by location. VMware and Twitter are also reducing pay for employees who relocate. These scenarios could also be applied to any town or city in the UK – employers have historically offered a London weighting in pay awards to reflect the higher cost of living in the capital and South-East region.

The Positives
Some would argue that Covid-19 has been a gamechanger for the workplace, allowing people to exploit the potential that remote working offers to move location, live somewhere cheaper and ultimately improve their work/life balance, so much so that they are willing to give up some of their pay to fulfil this. Research from a new survey of 1,000 UK office workers by Citrix found over a quarter (27%) would be willing to accept a pay cut of between 15-20%, with a similar number (26%) prepared to accept a pay cut of over 20%.

If these responses are anything to go by, being home based could be pitched as a very desirable reward component, for which individuals may be prepared to accept lower pay simply to secure a remote role.

The Negatives
But is there a hidden downside and do employers have a moral obligation to ensure that if their employees agree to take a pay cut to achieve remote working that they are making fully informed choices?

Back in the early part of 2020 three quarters of UK office workers said they would take a pay cut to guarantee a fully remote role allowing them to work from anywhere. If surveyed now would we see similar responses?

Whilst the general premise of lowering pay ranges to reflect areas with a lower cost of living feels acceptable, worryingly house buyers are now starting to see the house prices in these traditionally lower cost of living areas starting to ramp up. These extra housing costs will be more acutely felt for the lower earning remote workers who tend to spend a bigger share of their salary on housing. On top of these rising housing costs there are the obvious additional costs of adopting a permanent home-office lifestyle such as heating, electricity, and office equipment. Studies in the US estimated that these additional costs would translate into $15 billion annually.

So, what do responsible employers need to consider when introducing a remote working pay policy?

There is certainly a lot to consider with plenty of opportunity to leverage the benefits of having a remote workforce whilst equally ensuring your approach to paying this population sends the right messages around fairness and transparency. If you are considering any aspects of this approach and want to explore this, please give us a call on 020 3457 0894.