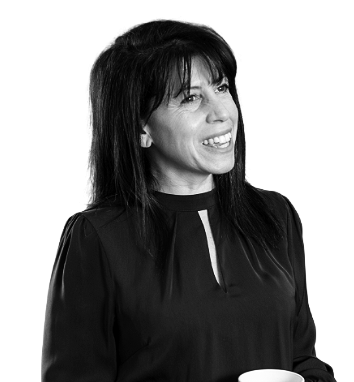 Paying for performance in the not-for-profit sector Part 1

This article is the first part of a two-part series; for part two, please click here.

This is a subject we’ve covered before, but I felt it was a good time to update for 2020 using recent client examples. Today we’ll look at concerns around introducing paying for performance that are unique to the not-for-profit sector and how they impact the options available.

I’ve been working with several clients in the not-for-profit sector recently who are grappling with the concept of linking pay to performance, either through base or variable pay.

For those of you working in the sector, you will recognise the dilemma of whether it’s something your organisation should do or not. There are inevitably pay consequences for every decision.

Treating everyone the same by giving an automatic increase creates the message, ‘it doesn’t matter what you deliver, you’ll get an increase anyway’. This means those who bust a gut feel unappreciated and those who coast have no incentive to perform.

There is a real desire to differentiate between employees’ performance levels but uncertainty about how best to do it. Particularly when internal equity and being seen to ‘treat everyone fairly’ is a far bigger driver than typically seen in the private sector.

The main concerns with introducing any form of pay differentiation seem to focus around:

Perception
Particularly from an external perspective, there is a significant appreciation of how the organisation will be perceived by stakeholders/members/funding partners/ trade unions if they are seen to be paying ‘bonus’ or performance related pay.
This sensitivity is particularly heightened with charitable status where organisations want to be seen to be spending money wisely and not be tarred with the same brush as the financial services sector.

Risk of getting it wrong
Whether it’s recognising the wrong people, the amount of effort involved vs. the impact on the organisation, or the size of performance payment made (either distorting behaviours negatively or, not making any difference at all to organisational productivity, or ROI), there is a real fear of introducing a framework that is costly and seen to add little value.

Managerial capability
Concerns typically focus around management’s ability to fairly differentiate and not use the system to cover their own failures. We’ve all seen the scenarios of ‘I would have given you X but I was told I couldn’t’ or ‘the system wouldn’t let me’. Alternatively, that there is an element of favouritism at play and it doesn’t matter how well an individual thinks they do, they believe there are others who will always be treated more favourably.

Affordability
Often with a limited size of pot available, the question inevitably arises around whether an extra 1-2% really makes a difference between an average performer and a great performer. Is it really worth the effort involved and does the organisation get value for money?

All these concerns are perfectly valid and performance related remuneration, whether linked to base pay or variable pay, is not right for everyone. There are several organisations I know of who have used performance differentiation in pay to raise the bar and send a different reward message to the one mentioned above.

In Part Two, we look at what you need to consider before introducing paying for performance and some potential pitfalls to avoid.

Innecto can help with any aspect of pay and reward, including performance-based reward. Give us a call on 020 3457 0894 or email Justine.woolf@innecto.com