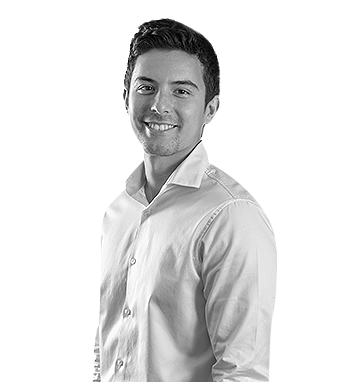 Pay audits: the importance of carrying out an audit following a business change

Every organisation is unique - from what they pay their staff and employee benefits down to their individual internal culture. It is this fact alone that can make the ‘us’ and ‘them’ mentality take a strong hold and play a really big part across the board when there is a wave of significant change for an organisation, or in circumstances like when a business transfers or merges with another organisation – and this is not just in terms of how employees personally feel about their previous working arrangements and acquaintances. Pay can also become a serious bone of contention that can cause ripples across an organisation, affecting productivity, morale and profit, which is why pay audits after a time of significant change are not just important, but vital in order to drive success rather than discontent.

When merging two organisations, for example, employers need to harmonise policies, pay, bonuses, benefits and even work culture, bringing them all under one obvious scheme. This is to stamp out any perceived notion of unfairness. When working with our clients on large and often complex projects such as this, we help organisations to smoothly take the best aspects from both organisations and bring these together in an easy to manage package that will create a happy medium that will satisfy all employees. The danger of not undertaking an exercise such as this is serious – as well as creating pockets of discontent and disengagement amongst the workforce, it can also have the potential for generating damaging and far reaching repercussions for employers themselves.

Legislation and the Equal Pay Act particularly means that pay between employees who conduct work rated as equivalent or ‘like work’ must be paid equally. Failure to comply with this, whether intentional or not, can harm business reputation, sometimes publicly, can drive positive talent and future candidates away, and can also be extremely costly when things such as employee tribunal claims start to rear their heads.

There are also wider impacts in the world of pay and legislation that are often not considered or forgotten when other aspects of a big change are at play – but again, with sometimes serious consequences. It is not all just about paying employees the same wage. There are now other considerations such as gender and ethnicity pay reporting that need to be taken into account. Even if both organisations had a relatively equal position prior to the business change in the case of something like a merger, with two businesses now joined together, and especially under the loose gender pay regulations, this could have a significant and dramatic impact on perceived equality levels across the new structure.

Although undertaking something like a pay audit following a business change is no simple task for a HR team to take on alone, especially with all of the other aspects involved in change management, the hard reality is that the substantial and high-level risks involved in leaving it on the back burner mean that this project should always be high on the agenda for any organisation in this position.

It is not all about risk however. There are some great positives with taking on something like a pay audit, especially for much larger organisations, who will already be being pushed increasingly into the spotlight with measurements of aspects such as their corporate governance and structures. Having a consistent and fair structure, from pay and reward to benefits and culture will make you a strong example of ‘what good looks like’ to others, putting your organisation in good stead both legally and professionally.

Clearly providing the very foundations for an equal platform for your staff not only sets the bar and enhances your reputation but, more than just ticking the right boxes, it will also play a crucial part in bring about a culture of inclusivity for your most important asset – your people - and help to build powerful bridges between the old and new.

To build a mighty kingdom you must first have solid roots. And an equal pay audit is just one place you can start to lay those down for a fruitful future for all.

If you require assistance with pay reviews or pay auditing, please email me at enquiries@innecto.com or call 020 3457 0894.